Home > Water Services > Where Does LA Get Its Water?

Over four million people live in Los Angeles, which makes it the second most populous city in the United States. It’s also in a desert. Figuring out how to get water to Los Angeles and the rest of Southern California has always been one of the state’s greatest challenges. It’s also one of California’s greatest accomplishments.

LA’s water supply and distribution system works a little differently from most. California has to get pretty creative in order to get us our water. Did you know, for example, that a lot of LA’s water is melted snow? Here’s a quick rundown of a couple ways LA and Southern California gets the water we use every day. You’ll never look at your tap the same way again! 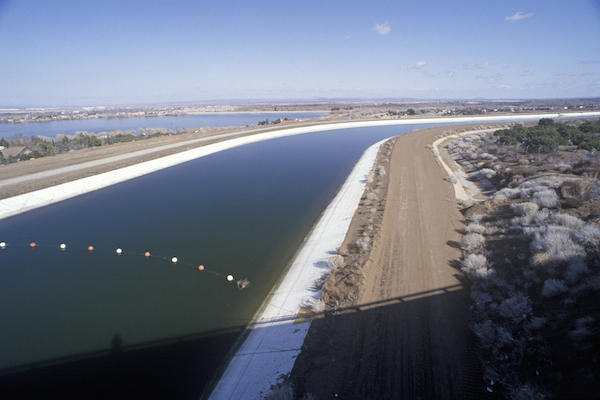 California’s State Water Project (SWP) is the largest water system ever designed and maintained by a state government in the US. The system consists of 34 water storage facilities, reservoirs, and lakes, 20 pumping plants, 4 pumping-generating plants, 5 hydroelectric power plants, and 700 miles of open canal and pipeline. It supplies water to 25 million Californians and over 750,000 acres of farmland. SWP water grows approximately 45% of the fruits and vegetables produced in the US! All told, the SWP accounts for 30% of Southern California’s water supply. In 2006, the SWP delivered 3.7 million acre-feet of water.

The SWP uses the Governor Edmund G. Brown California Aqueduct to transport water for over 400 miles. It starts in Lake Oroville up in the Sierra Nevada mountains, then it ranges down across the Sacramento-San Joaquin Delta, and finally reaches LA and the rest of Southern California. Snow from the mountain tops and water collects in the valleys of Northern and Central California. It drains down into reservoirs, and then it’s pumped into the aqueduct. From there, the CWP distributes water to 29 different contracted water companies. These companies coordinate water distribution throughout Southern California. 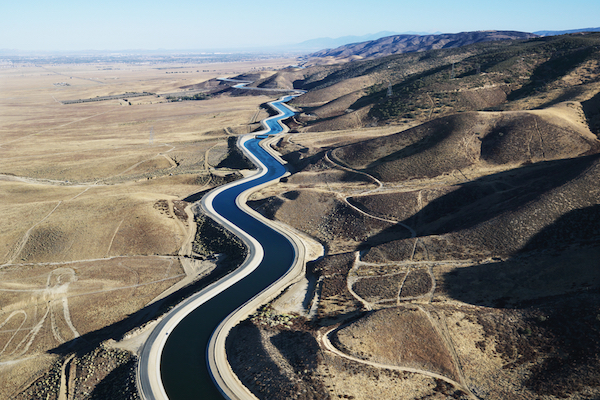 The SWP isn’t the only aqueduct system LA uses to get water. The 242 mile Colorado River Aqueduct (CRA) has been delivering water to Southern California for over 70 years. As it flows south, the Colorado river drains water from Utah, New Mexico, Arizona, and Nevada. Eventually, the Colorado River–and all the water it’s transporting–deposits into Lake Havasu in Arizona. That lake is where the CRA starts. From Havasu, the aqueduct runs west across the desert and into the east side of the Santa Ana mountains. Upon reaching Southern California, the water goes to several management companies who take the responsibility of making sure it gets to consumers like you.

The CRA was built and is maintained by the Metropolitan Water District of Southern California. It was largest public works project undertaken in Southern California during the Great Depression. After WWII, the Metropolitan Water District expanded the CRA. Now, the aqueduct supplies 1 billion gallons of water per day with the help of two reservoirs, five pumping stations, 63 miles of open canals, 92 miles of tunnel, 55 miles of concrete pipe, and 28 miles of pressurized syphons. These facilities help give the CRA a delivery capacity of over 1.2 million acre-feet a year. 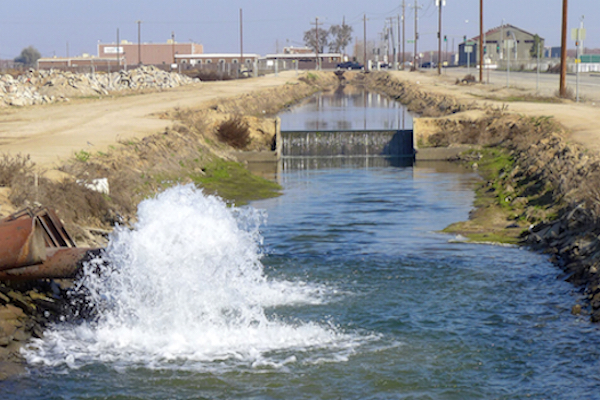 Groundwater is any water that collects beneath the surface of earth’s soil. Natural condensation, river runoff, and a lot of other kinds of water seeps into soil pores and fractures in rocky surfaces. A lot of this water eventually naturally recharges and rises back to the surface in springs, wetlands, or valleys. California also uses wells to extract groundwater from deep underground. Both residential, private-use wells and large-scale industrial extraction wells use the same principle of groundwater extraction and pull from the same source.

There are 515 alluvial groundwater basins and sub-basins in California. Measured together, these basins make up 40% of the surface area of the state! Groundwater pulled from the basin sources beneath the state accounts for over 35% of Southern California’s drinking water. Groundwater is particularly important during California droughts, like the one we’re still recovering from. The groundwater supplies may account for as much as 46% of the state’s supply during droughts. Specific groundwater sources are managed by local jurisdictions. The California Department of Water Resources maintains groundwater rules and restrictions. The state estimates that there are one to two million wells in California.

These three sources account for a majority of California’s water, but they’re not the only ones! California pulls water from all kinds of places. We recycle wastewater, trade water with other territories, and even desalinate seawater to make it safe to drink!

Knowing where your water comes from gives you a totally different perspective on it. Knowing how far it travelled to get to you, it seems like a huge shame to waste it! If you’re having water troubles, leaks, or any other home repair issues, give Mike Diamond a call today. We’ll get the water flowing again.