What would we do without the ceiling fan? Turn up our AC a bit more? Ok, that’s fair, but the air in your house would feel all stale and muggy. Ceiling fans could be called the co-managers of your home supply. The whole principle of the ceiling fan is to make sure the air you want is getting to where you want it as effectively as possible.

Sure, your HVAC moves air throughout your house, but the ceiling fan optimizes that air, room-to-room. Understanding the humble ceiling fan and using it effectively will help you stay comfortable, keep the air flowing, and even help you save money! Here’s the simple science that keeps you cool. 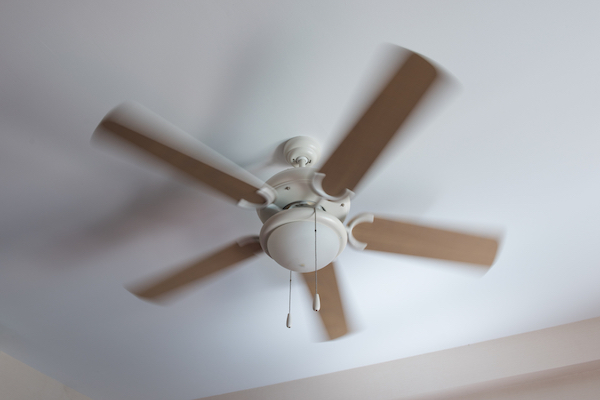 As you probably remember from middle school, hot air rises. When a ceiling fan rotates counter-clockwise, the force of the spinning blades suck the hot air around and above the ceiling towards the fan.

After the hot air gets sucked into the blades, it’s simultaneously “cut,” accelerated, and pushed downward into the room as a breeze. 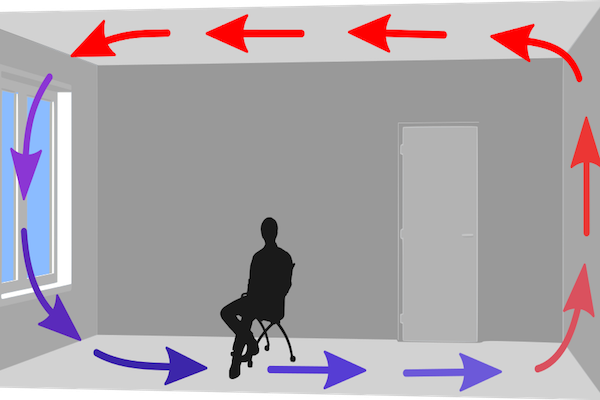 Ceiling fans create a “downdraft” by pushing rising hot air back down. Downdrafts reverse the typical direction of air movement. Instead of heat rising, it pushes back down. Then, cool air rushes in to fill the vacuum created by the absence of hot air.

The ceiling fan’s downdraft is how it circulates air. Hot air continues attempting to rise even while a fan is on, and the fan’s operation continues to push it back down. The warm air rises, falls, and tries to rise again, circulating throughout the room. 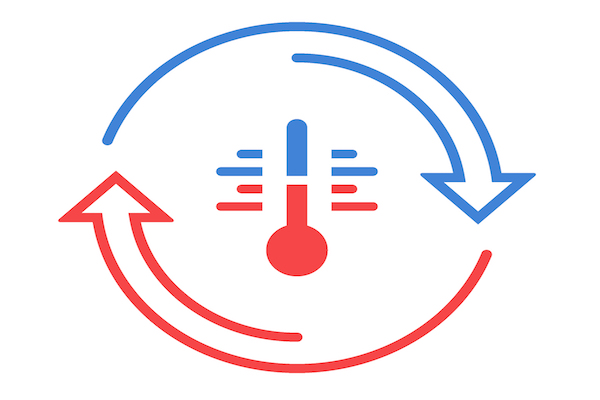 Ceiling fans don’t actually cool rooms down. Instead, they make the people in the rooms feel like they’re cooler. The downdraft, breeze, and air circulation produced by ceiling fans all contribute to a “wind chill” effect by displacing hot air and allowing cooler air to take its place.

All the air in the room is the same temperature as was before you turned the fan on, but you have more access to the cooler air. To compensate, your body generates more heat. Ironically, this feels like you’re cooling down, because you’re losing heat faster than you were. 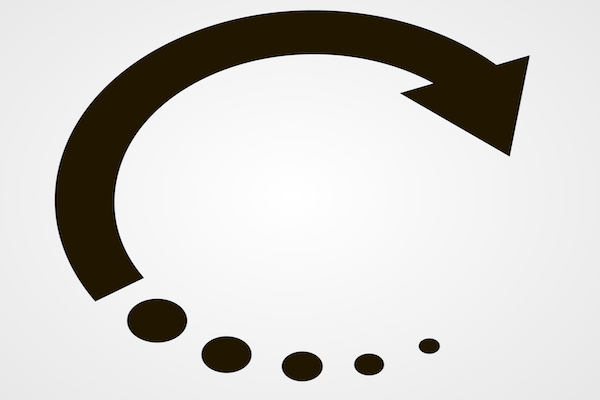 A lot of homeowners don’t know this, but most fans have a setting that reverse the direction their blades turn. When blades turn clockwise instead of counter-clockwise, the whole process we just described is essentially inverted.

The U.S. Department of Energy estimates that the chill effect you feel using a fan is equivalent to 4 degrees of heat. That means when you use a ceiling fan you can turn up the thermostat 4 degrees without noticing a difference. You will notice a difference in your heating bill, however.

Are you having trouble staying cool? If so, give Mike Diamond a call today. We can help with any heating or cooling problems you may have. Don’t wait; it’s only going to get hotter from here!

Mikediamondservices.com has a Shopper Approved rating of 4.6/5 based on 3422 ratings and reviews.