Home > Water Services > Why Do Dripping Faucets Make That Sound?

For how… intimately familiar you are with the sound of a dripping faucet, however, do you actually know where the sound is coming from? Believe it or not, that dripping sound may not happen for the reasons you think it’s happening. Why does that matter? Well, if you know why dripping faucets really make that sound, you’ll be able to stop the sound. You want to stop the sound. Here’s where the infernal “plink” really comes from, and what you can do to shut it up for good.

What is actually making that sound? 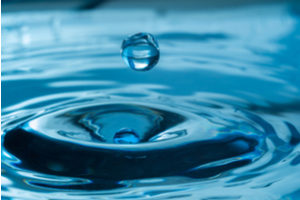 Researchers at the University of Cambridge (no doubt fed up with the “plink” themselves) recently studied dripping faucets using ultra-high-speed cameras. What they found was somewhat unexpected. The plinking noise produced by a dripping faucet isn’t produced by the impact of the droplet into the sink. It’s actually coming from a small bubble of air trapped beneath the surface of the water droplet.

So… how is that different from what you thought? It’s a fair question. Basically, when a water droplet hits another liquid surface, a couple things happen. First, at the moment the droplet hits the surface of the liquid, it forms a cavity in that liquid. That cavity recoils just as quickly, creating a rising column of liquid. The cavity recoils so quickly, in fact, that it creates the small air bubble we’re talking about. This process is called “bubble entrainment.” We used to think the plink was coming from the cavity, the recoil, or the rising column of liquid. Now, we know it’s not coming from any of those things; it’s actually coming from the air bubble.

How does an air bubble make that sound? 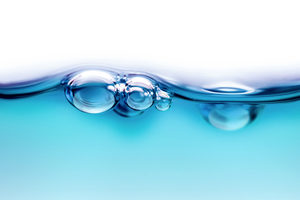 Why Does That Matter to Me? 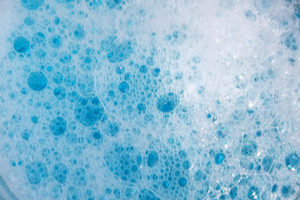 Understanding the underlying mechanics of the “plink” can help us understand how to stop it better. Up until this research, no one really understood exactly what was causing the “plink” sound itself. Most people just assumed it was the dripping, and it was unavoidable as long as the drip persisted. Now, however, we know that the air bubble’s oscillation inside liquid drives the “plinking” sound. If we can stop that oscillation, we can stop the “plink,” even before we stop the dripping.

Of course, there’s still a more permanent solution to your plinking problem: fix the dripping faucet itself! If you can stop the faucet from dripping at all, you won’t have to worry about stopping the plink. Plus, you’ll save money on your water bill; dripping faucets get surprisingly expensive!

If you need some help fixing that dripping faucet, give Mike Diamond a call any time. Our smell-good experts are always ready and willing to help fight off the plink, once and for all.