If you were in LA last Friday, you may have noticed it was pretty hot out. 111 degrees Fahrenheit “pretty hot out,” to be exact. Even for the desert of southern California, that’s a little much. To make matters worse, it quickly became clear that LA wasn’t exactly ready for these blast furnace temperatures. Shortly after the heat wave hit in force, massive blackouts deprived thousands of LA residents of power.

If you experienced the same heat we did, you probably have one question: how did this happen?! We’re all conditioned to expect heat during LA summers, but this is ridiculous! Why did so many people lose power, and why didn’t they get it back for so long? Most importantly: how can I stay safe when this happens again? We were curious about each of these questions too, so we dug up some answers. Here’s what you should know about southern California’s brutal heat wave. 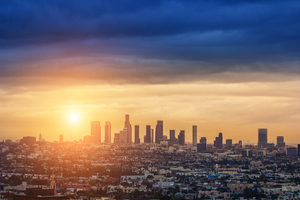 On Friday, July 6, Southern California was hit with a heat wave so intense it broke several all-time state heat records. Downtown LA saw temperatures of 108 degrees. In other parts of the city, the temperature rose even higher. The Woodland Hills neighborhood reported highs of up to 117 degrees! In Santa Barbara County, the heat triggered a dangerous wildfire that incinerated nearly two dozen homes and 400 acres.

Along with the heat came a huge energy strain, as hundreds of thousands of people all cranked up their AC at once. At peak activity, LA was using 6,256 megawatts of electricity. This high demand proved to be more than LA’s power grid could handle, and power outages swept the city. According to the Los Angeles Department of Water & Power, outages affected about 34,500 residents and businesses. Most outages lasted around 6 hours, but some residents were left without power for up to 24 hours.

Why the Heat Wave Happened 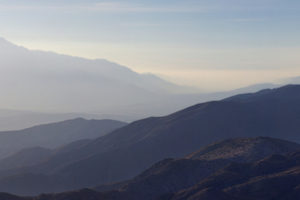 The first big heat wave of the season was the culmination of a couple of different factors. According to UCLA climate scientist Daniel Swain, we received the same high-pressure weather that brought hot temperatures to the East coast earlier in the week. Usually, the wind blows into LA from the west coast, bringing cool coastal breezes. On Friday, however, hot downward-sloping air from the mountains to the east blew in instead. This wind carried the East coast heat wave with it.

Unfortunately, this unusual weather pattern fits into a decades-long trend of more intense and frequent heat waves. Very hot weather happens because of bulging zones of high pressure called heat domes. The intensity of heat domes is evaluated by measuring “geopotential height.” The most intense heat domes reach geopotential heights of 6000 meters. The heat dome that caused Friday’s heat wave was one of these 6000+ domes. Frighteningly, domes like Friday’s are becoming more common. Almost all the 6000+ domes in the Western US occurred in 1990 or later. Meteorologists believe climate change is to blame for the new prevalence of very intense heat domes.

Why the Power Outage Happened 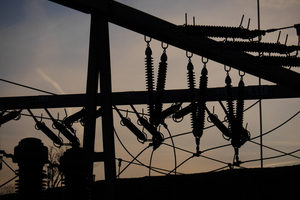 Long story short? The city overloaded the system’s circuits. Obviously, when it’s 111 degrees outside, anyone with air conditioning is going to want to use it. Eyewitnesses said the streets of LA were almost eerily quiet. Air conditioning units use a lot of power, particularly when they run continuously for long periods of time. Couple that with the fact that everyone was inside using other electronics, and the strain isn’t hard to understand.

Overload-based power outages are tough to account for because they don’t happen all at once. Different parts of the electrical system overload at different times. On July 6, over 700 small, localized systems failed over the course of 24 hours. Each of these sections had to be restored one-by-one, which is a time-consuming process. Parts of LA also use primarily underground electrical utilities, which are harder to repair in case of overload damage. As of Monday, July 9, 1900 LA residents still don’t have power.

How To Stay Safe During Heat Waves 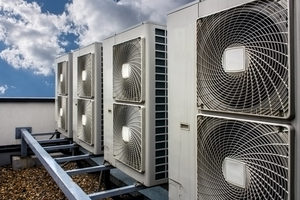 First, if you have air conditioning, you should use it. Choosing not to use your AC to spare the power grid sounds admirable, but it won’t help enough to be worth it. You should also resist the impulse to crank up the settings on your AC. Turning down the temperature or turning up the settings won’t actually help your AC cool “faster.” Instead, it’ll only affect how long it runs–and how much power it’ll consume.

If you do lose your power, it’s vitally important you find other ways to keep cool. Always have water on hand and stay hydrated, even if you don’t feel thirsty. Avoid strenuous activity such as exercise, especially during the hottest part of the day. If you can, try to go somewhere with air conditioning. Limit your exposure to the sun if possible, and dress in loose-fitting, cool clothing. Check on anyone you know who would be particularly vulnerable to heat stroke, such as the elderly.

Of course, even if you do have power, it won’t matter if your air conditioning doesn’t work! Unfortunately, air conditioners can break or become ineffective surprisingly easy, and for all kinds of reasons. Often, we don’t even notice they’re not working right until we need them the most.

Making sure your AC works before a heat wave is a great way to keep yourself cool and safe. If you want some help with your AC, you can give Mike Diamond a call any time. We’ve got everything we need to repair and maintain your AC right. Stay cool this summer!