There are few things more frustrating than a weak toilet. It’s so frustrating. So unfair. So stress-inducing. At least when your toilet clogs you know what’s up. You know there’s something wrong and you need to plunge before you use the toilet again. But what about when a toilet’s weak? What can you do but wait for the inevitable, slow, stinky disaster?

Well, you could make your toilet’s flush stronger. Yes, not only is it possible to fix a weak toilet, it’s surprisingly easy! If you need to flush your toilet more than once for it to work effectively, there’s probably something inferring with its proper function. Fixing the weak flush is as simple as figuring out what that “something wrong” is and fixing it. Here’s how to do it:

Test for a Clog 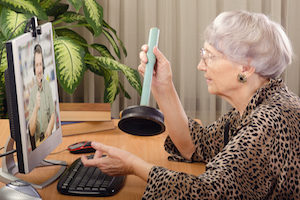 You’re probably most familiar with the kind of toilet clog that renders your toilet utterly unusable until it’s dealt with, but there’s another kind. Sometimes, clogs form in a toilet’s waste pipes only partially. Water can still flow through the pipes and into the sewer, but only after a struggle. That struggle consumes water pressure that would otherwise go toward the strength of the flush. Consequently, you get a flush that doesn’t get the job done.

Fill a bucket with a gallon of cold water, pour it into the toilet bowl, and flush. If the toilet still doesn’t flush properly after you add the water, then you probably have a partial clog. Fortunately, you deal with partial toilet clogs the same way you do all the other ones. Plunge your toilet thoroughly or use a plumber’s snake. If you need some help really cleaning that pipe out, let us know!

Toilets flush by releasing water from the tank into the bowl. After a flush, the tank has discharged all its water and needs to refill. The tank’s refill tube knows to start adding water when a rubber device floating in the tank drops beneath a fill line. The refill tube adds water until the float reaches the fill line again.

Open the tank of your toilet to locate the float and the fill line. Flush the toilet with the tank open and watch the water drain into the bowl and fill back up. If the tube stops adding water before the float reaches the fill line, then your toilet won’t be able to perform a full flush. Adjusting the float is usually as easy as moving its position on the arm that connects it to the refill tube. Flush again and see if you’ve solved the problem. 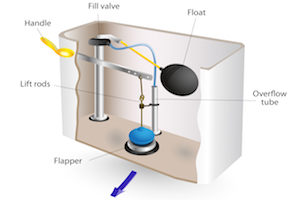 A toilet flapper is a cup-shaped fixture at the bottom of a toilet tank. The flapper covers an opening leading to the toilet bowl. It’s connected to the toilet handle via a metallic rod or chain. When you depress a toilet’s handle, you’re pressing down on one side of the rod, lifting the flapper and allowing water to rush from the tank to the bowl. The pressure difference introduced when water suddenly enters the toilet bowl creates the flush.

If the flapper doesn’t rise enough or it closes too quickly after you let go of the handle, it won’t let enough water into the bowl for a strong flush. A worn out or old flapper may allow water to leak from the tank into the bowl, too. To adjust the flapper, just re-position the chain or rod to give it more or less slack. Test the new position by flushing the toilet while watching the tank. 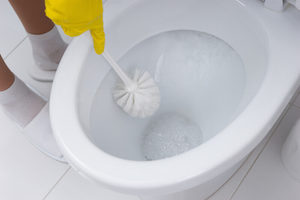 Water enters the toilet bowl via several jet holes arranged around the upper rim. These jets control the pressure and flow of water as it enters the bowl, and generate a lot of the centrifugal force required for a strong flush. Over time a couple different things can clog up these jets, making it harder for water to flow through them effectively. Some of the pressure that should go into your flush gets wasted clearing the obstruction, and you get a weaker flush.

Look for the jets under the rim. It’ll be fairly easy to tell if bacteria or mineral deposits have clogged up the nozzles letting water in. Use heavily watered-down bleach or a vinegar solution and an old toothbrush or wire to scrape away obstructions on the nozzles. When you’re finished, clean the toilet bowl and nozzles thoroughly using bleach or a toilet bowl cleaner.

Once you understand how a toilet works, making it work for you becomes a pretty simple process. If you follow each of these four steps in order, you’ll solve 90% of your toilet’s slow flushing problems.

If your toilet happens to be a 10-percenter, let us know. Mike Diamond is always ready and willing to solve your plumbing mysteries, so you don’t have to. We’ll get things flowing, so you can get going.

Mikediamondservices.com has a Shopper Approved rating of 4.6/5 based on 3138 ratings and reviews.